One Day in Tacloban 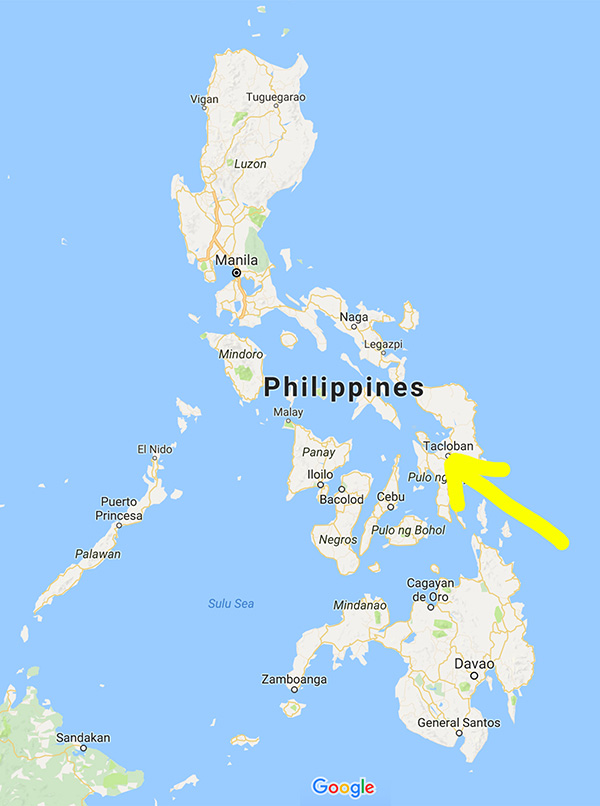 Most people know Tacloban from the disastrous typhoon that was the number one topic in the news around the world for many weeks.

And so unfortunately if you do a Google image search for “tacloban philippines” almost everything you get to see is destroyed buildings, local Filipinos crying, misery and just very, very little about what this 221,000 citizen capital of Leyte (the easternmost and one of the biggest islands in the Visayas) really has to offer.

I’ll do my best to show you a nicer image of Tacloban in today’s post. Yes, it’s well off the beaten tourist path and you’ll get a lot of attention from the locals.

The city was a logical 2-night stop on my travels from Legazpi in Bicol to Cebu City. It was a 390km long travel and I had to use five different means of transport: Tricycle taxi from my guesthouse to the bus terminal in Legazpi, bus to Sorsogon, from there jeepney to the pier at Matnong, ferry to Allen in Samar and eventually another bus to Tacloban in Leyte. About 7 hours travel in total, and I got to see some beautiful offshore islands during the ferry ride. 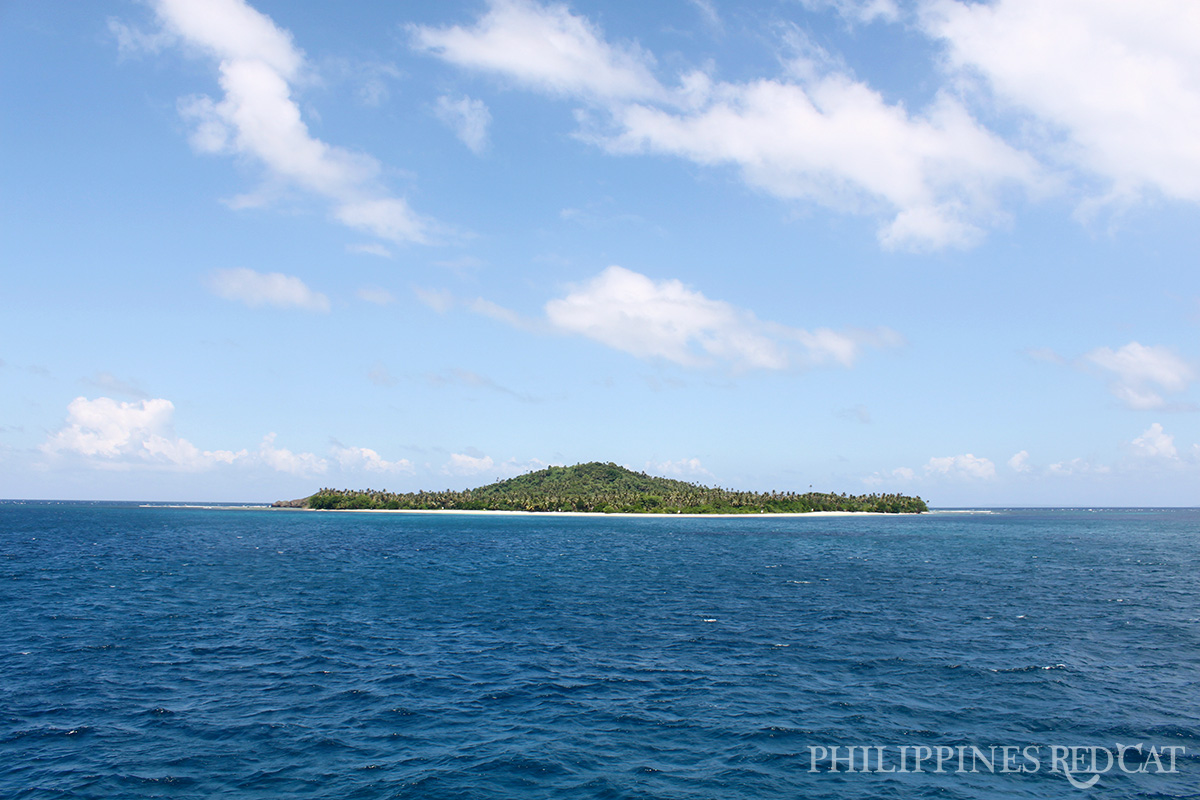 The first impressions of downtown Tacloban were mostly like this: 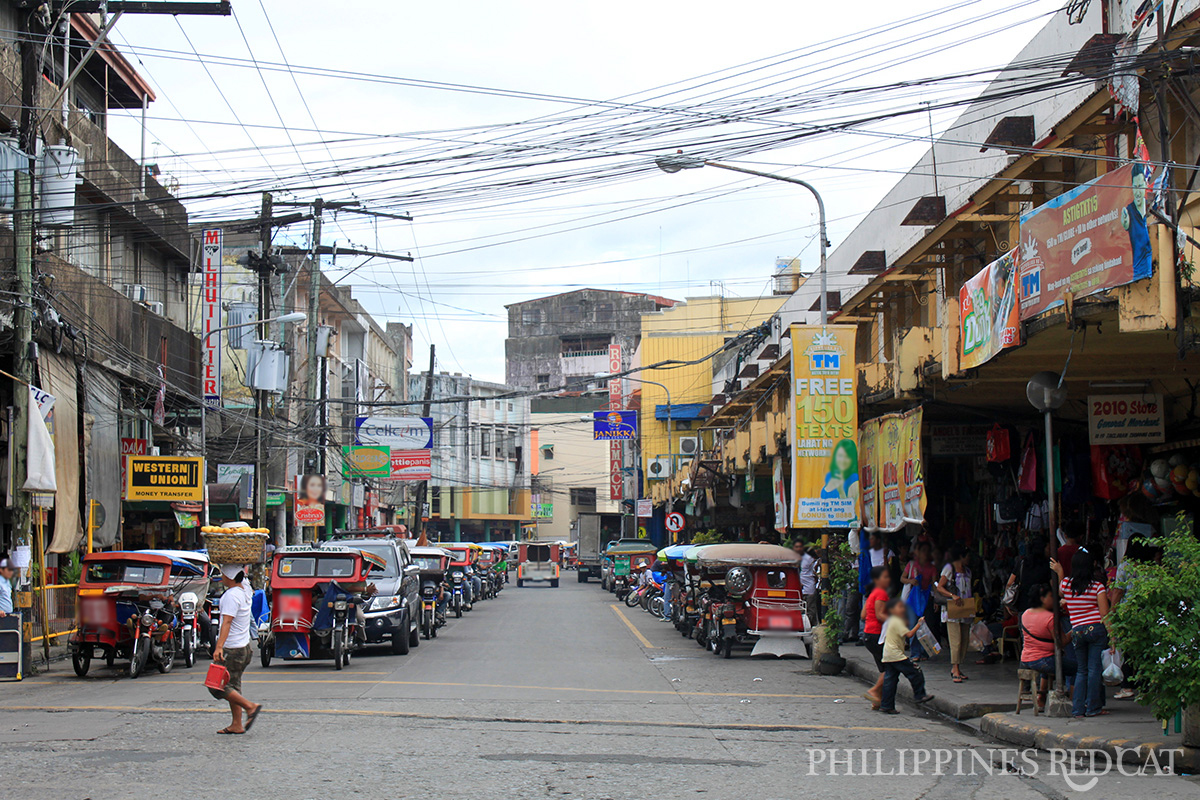 A small alley in a residential area: 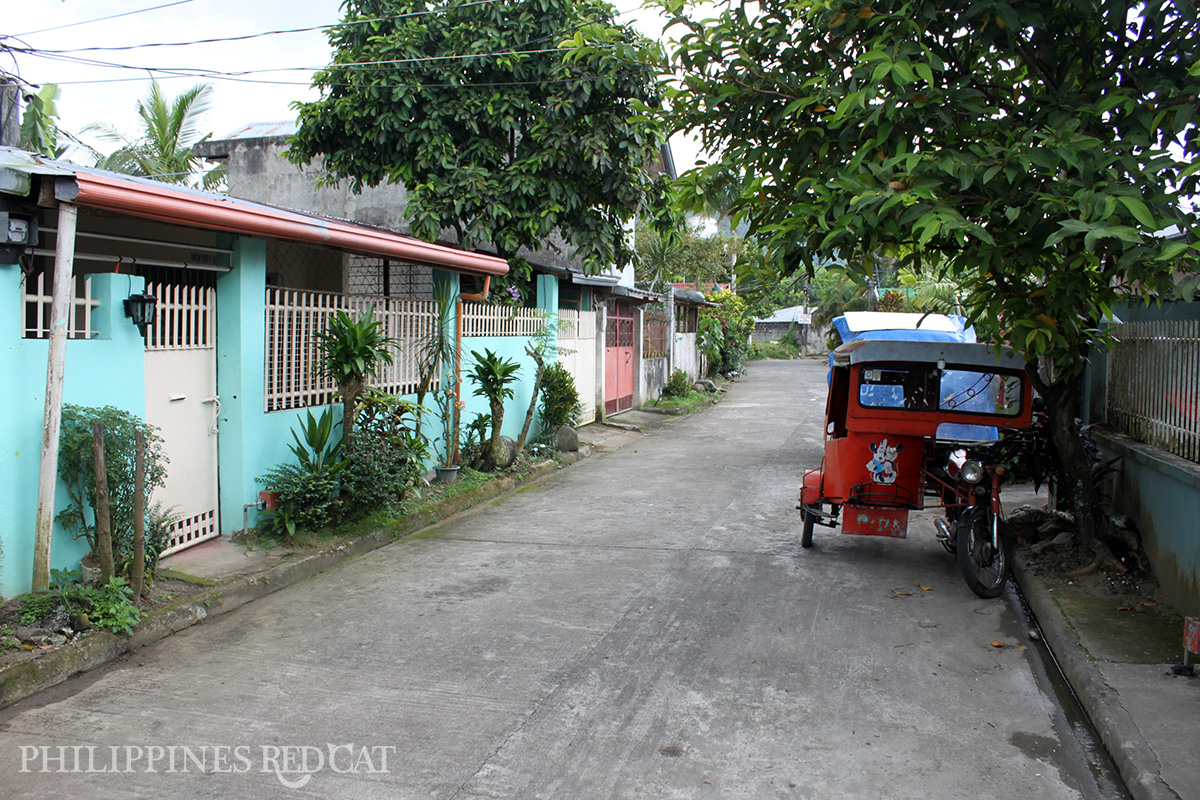 Pretty much lost of orientation, I asked my way through to get to the waterfront. This is the liveliest area in downtown with lots of street stalls and young couples hanging out in the late afternoon and evening. 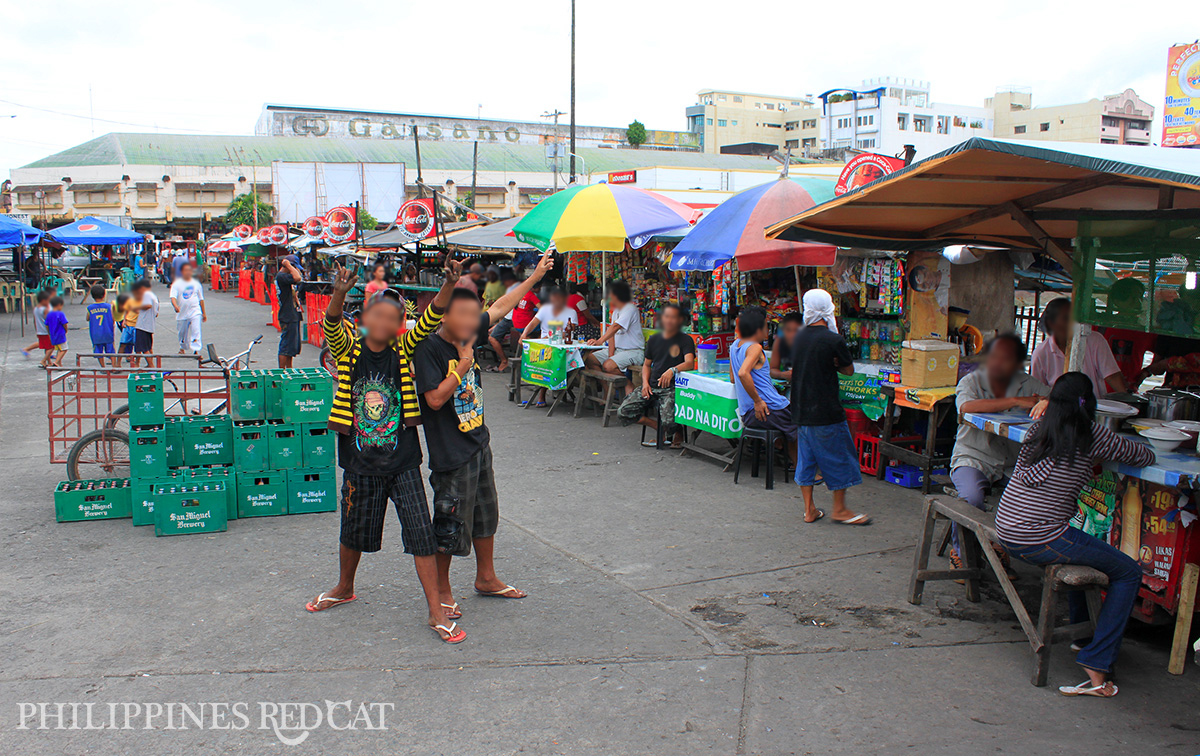 The following day I woke up early to make the most of my full day exploring the city and countryside around Tacloban. My first stop was the most famous landmark of Tacloban: The MacArthur Memorial. It marks the spot where he landed during WWII to free the Filipinos from the Japanese forces.

After that I went to have a look at the city hall (yeah sorry, I know that must be one of the most boring pictures on Philippines Redcat). Quick ten minutes stop here before heading to the highlight of the day. 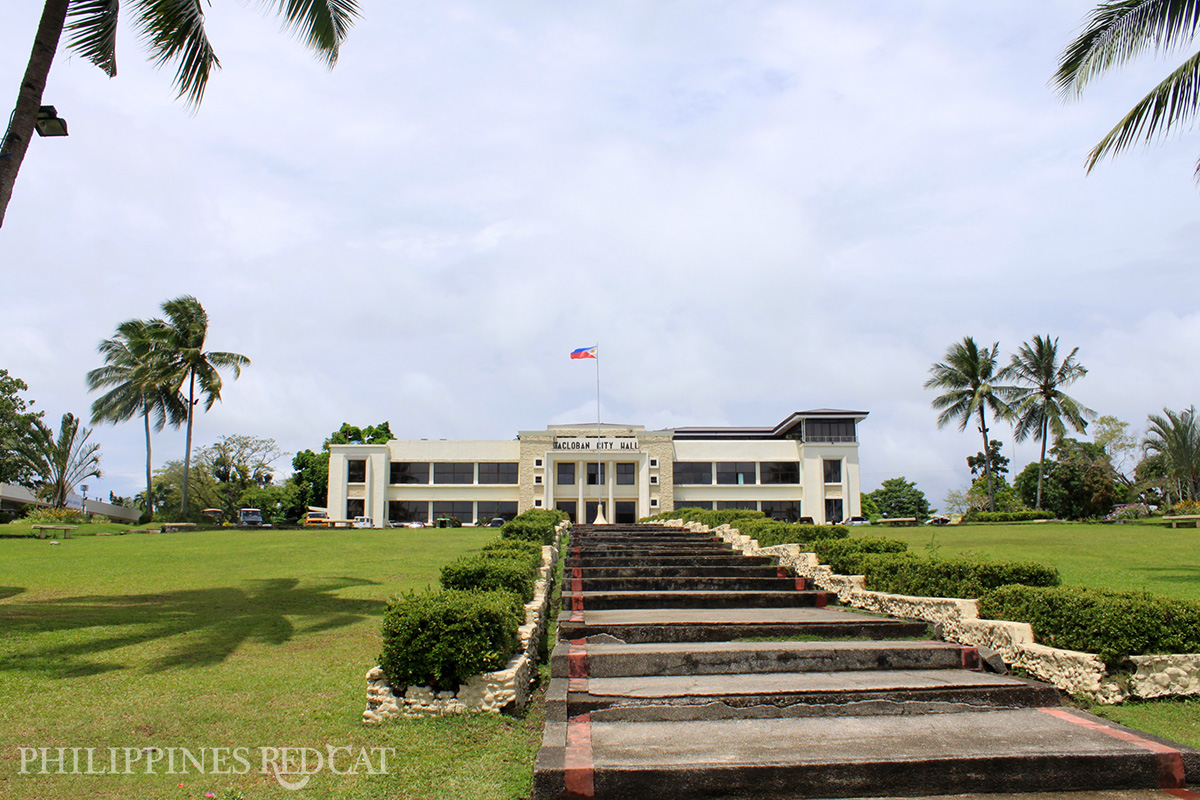 I then paid 150 Pesos to a tricycle driver to bring me to the foot of Calvary Hill. You may miss out the City Hall, but if there is one thing you should definitely do here is to hike up to the top of this small hill. There are the “stations of the cross” along the way so you’ll have some excuse to make several breaks.

Once you reach the top you’ll be rewarded with splendid views over both Tacloban city to the right as well as the ocean to the left with the San Juanico Bridge that connects Leyte with Samar. 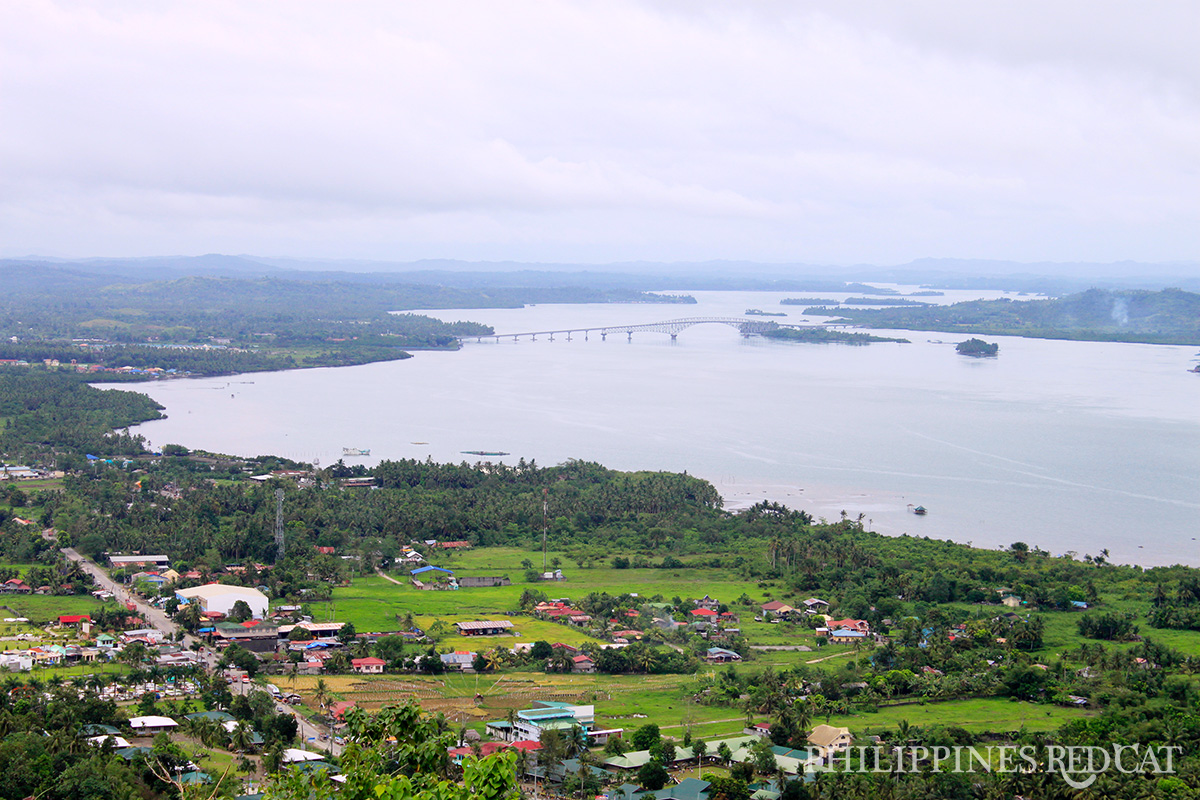 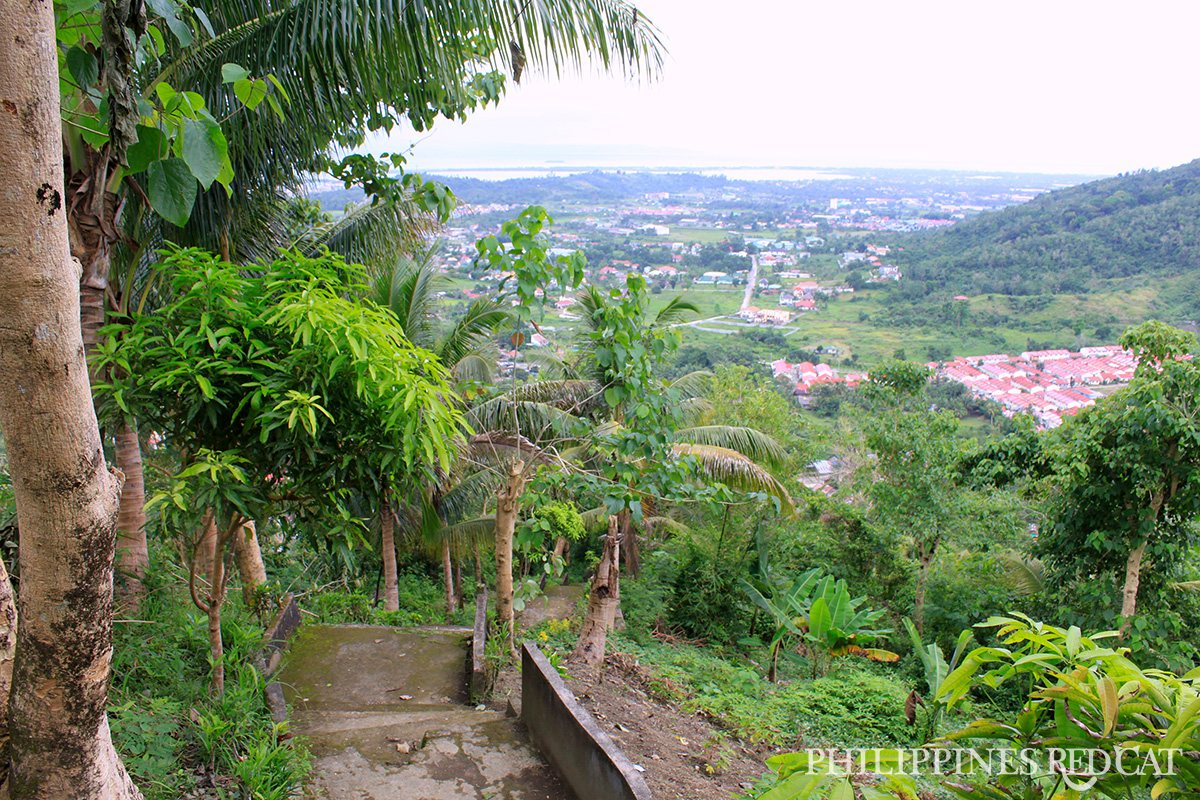 The next day I took the ferry to Cebu, one of the most exciting places in the Philippines and many people think (including me) that this is the best place to live in this country. More on that in the next post – the last picture here is of a dolphin I spotted on the ferry ride from Ormoc (Leyte) to Cebu. 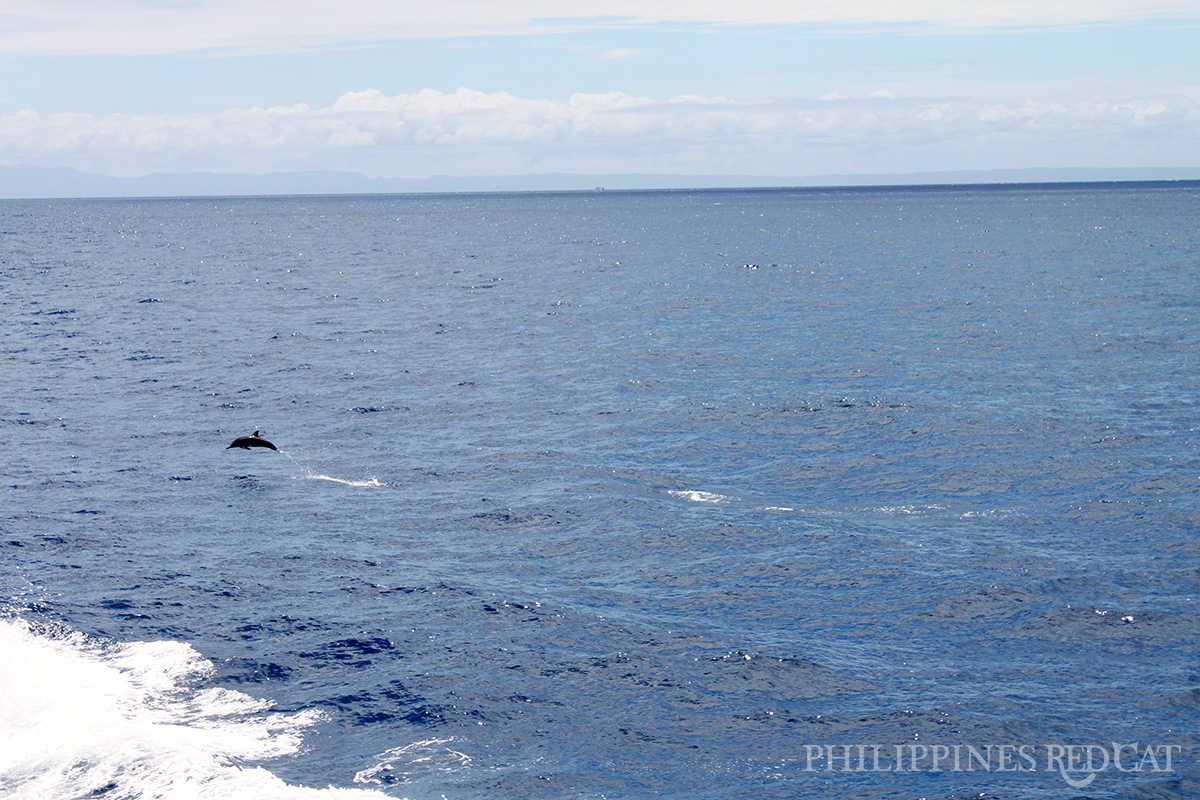