My First Time Sex With A Filipina Ladyboy

If you told me what was going to happen before my first trip to Manila last month, I would have said you’re crazy. Impossible. Why would I. I’m not gay. Blah blah blah.

But here it goes.

I arrived in Manila on a Thursday evening. I took the taxi to the Malate district. I had read on this website that this would be one of the big red light districts in the city, and since I preferred it to the more commercial strip of P Burgos Street in Makati, I booked my hotel in Malate.

It took me almost one hour to get to the hotel from the airport (rush hour here is terrible, but even during “regular” times the roads are full, so carefully plan your stay in advance). I checked into my hotel, while being amazed not only how hot and charming the regular hotel staff looked like, but also their great English skills, and quickly took a shower in my room.

The first night I spent in LA Cafe, another great recommendation from Redcat, this is really the best freelancer bar I’ve been to so far. I mean, I have been to Thermae Bar in Bangkok, but that’s not really the same as most girls there prefer Asians over Westerners. Anyway, I had a great first night in the Philippines with a 20-year old hottie from Mindanao. I banged her the whole night, and the first time, god, I couldn’t even hold it for a minute. That soft skin! But that was nothing like the second day… 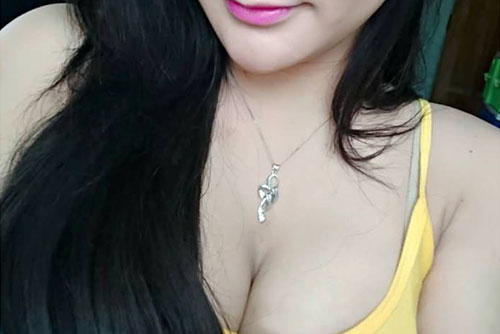 So here my story really starts.

My second day in Manila, my first full day in the Philippines. I was still a little tired from the long flight, didn’t feel like going for sightseeing, so I decided to just take a taxi to the Mall of Asia, stroll around there, have a couple of coffees, do some people watching (god, incredible how many attractive ladies there are everywhere) and take in the sunset at Manila Bay. Great memories.

After I went back to my hotel in Malate and took my shower, I thought about a place to have dinner. I checked the recommendations on TripAdvisor, but most of the places were around Makati, and I didn’t feel like going out that far again.

So I decided to just walk over to the Robinson Mall. It’s conveniently located between Malate and Ermita (both of which are red light districts at night), has many restaurants and is just a popular hang out spot in general.

And just before I walked through the main entrance it happened. She stood there next to her friend, and looked almost unreal. About 1.70m tall, black hair, wearing a yellow tank top under which her big boobs happily bounced, extremely short jeans shorts under which you could see parts of her firm and unusual white ass.

Girls in our countries would look cheap and somewhat silly in that kind of outfit – but she didn’t. She even wore simple loafers. And besides that, she wasn’t a girl.

She was a ladyboy.

I almost forgot to mention here that from the second I saw her, I could literally feel how the blood ran into my dick and I got a boner like I never had it before. Part of me thought I would be stupid to feel attracted in such a way to a transgender, but the other part just thought it’s natural.

Of course she noticed my interest (or erection?) when I approached her and her friend standing next to the entrance. I think it was even me who smiled at her first, but then she said hi, how are you, and what I would be doing here.

We did some small talk, I told her about my trip and that I was on my way to the restaurant. She said if I wanted a desert, she knew a good place to have one.

I laughed, and walked away. Inside the Robinson mall and looking for a place to eat.

So after my dinner, I walked back to her. I was even afraid that I made a big mistake by not taking her right away, and that someone else would surely have approached her already. But there she still was, chatting to her friend (who didn’t look bad either, rather skinny and smaller breasts, but those legs were incredible, too).

When she saw me, she smiled. I asked her how much the desert was. She said 2,500 Pesos for a few hours. “No rush, promise.” I remember reading the price list on the Redcat site, and thought that was a bit too much for a freelancer (even though it really wasn’t for that hot thing). We bargained a little, and eventually agreed on 2,000 Pesos.

Not even 15 minutes later I closed the door of my hotel room and couldn’t take my eyes off her ass in these tight shorts while she slowly walked towards my bed. I had a boner all the way from the mall to my hotel, while we walked close together and I imagined what would happen once she actually touched me down there. I would surely shoot off all my load already by her touching only my left nipple with her middle finger.

She put down her handbag on my table, sat down on the bed and looked me directly in my eyes. She put on her almost illegal type of smile. I walked towards her, obviously a little faster than she did before, sat down next to her and looked in her eyes too.

All off a sudden she had her hand on my pants, and gently squeezed my penis in it. Just like one second, then she took it off again. She giggled, and by doing so her coconuts bounced up and down.

We continued to look each other in the eyes for about another five seconds, and then I couldn’t hold it any longer – I kissed her on her sexy, soft and pink lips. I thought these ladyboys would be more rough in romances than the girls, but it was the most gentle kiss I had in a very long time (or ever? possibly).

The next thing I did was to make my dream of this evening come true, I put my left hand on her right breast (obviously not real, but a great job and soft), and my right hand on her ass, gently pulling her in the middle of the bed, so she lied down on her back.

She then also took off my clothes, and then started licking on my breast, working her way slowly down to my genital area. By doing so, my dick jumped up and down, in anticipation of what would follow: a blow job. She didn’t even ask me if I wanted to have sex first or whatever, she just did it.

She sucked my dick for about 2 minutes, while playing with my balls at the same time, and then my sperm shot out like through a handgun. While that happened she had her tongue on my glans, and looked directly into my eyes, again with that smile.

We took a shower together, and for some reason, my dick wouldn’t relax. It remained firm. I tell you, I have never experienced anything like that before.

After the shower, we went back onto the bed. I turned on the TV and zapped through the channels while she lay there with her head on my chest. What was I doing? Was I shy? Was I being considerate?

As if she could read my thoughts, she said: “Do you want to have sex now or watch the news first?”. Instead of answering, I let out a short groan, and put her up in doggy position. She told me to hold on for a second, grabbed her bag and took out a condom, and a small bottle of baby oil.

The sex was amazing. They say a ladyboy knows what a guys wants, how he feels like. Because he is one? No, really no. She’s not a man, not a woman. She’s a ladyboy. Just accept them for what they are.

After a while, she told me to stop and turn around. I didn’t even question her at that point. She grabbed the oil again, put plenty on my after, and then started banging me from behind. First it felt somewhat strange, then weird and then great. Pure pleasure. She had even more energy and power than me, and it didn’t last five minutes either, until she loudly groaned, pulled out her penis, pulled off the condom and unloaded her cream on my sweating back.

Not sure if you really wanted to know all these details, I could write so much more about that night (in the end she didn’t even leave, but spent the whole night with me, and we had sex once again in the morning before breakfast).

I just want to assure you that it’s totally okay to try out sex with a Filipina ladyboy, if you have been thinking about it for some time. There’s nothing gay about it – they are the third gender, and it’s totally fine to feel attracted to them.

And guess what, we exchanged numbers and I met her again the following night. That time she was fine with 1.000 Pesos. “Just give me some pocket money”, she said.

That was my last night in Manila before I flew down to Cebu.

Cebu. What a great city. So much more relaxed than Manila, plenty of things to do, great islands around (check out Bantayan, it’s terrific), and the girly scene is more fun than anywhere else I’ve been to. I’m speaking about the sports bars on Mango Avenue, great to hang out there, play pool, talk to the other travelers and expats, and have lots of nice girls around.

But of course, I always thought about the sex with my ladyboy in Manila. And I wanted to do it again.

Unfortunately, I found the shemales on Mango Square not that attractive, well even a little scary. I knew that this was the prime spot to meet ladyboy hookers in town, so I was a bit disappointed.

But then that expat I got talking to in El Gecko’s told me about Pina Love. He said that’s the most popular dating site in the Philippines, and also free to use for everyone. That it’s hugely popular among Filipinas and foreigners to arrange meet ups. And that they have a ladyboy section with hundreds of them living in Cebu alone.

I used Pina Love for the rest of my trip and as it turned out, most of the ladyboys on there weren’t even hookers – but had regular day jobs, some even students. I met a couple of them in Ayala for a coffee at Bo’s. I paid them the cappuccino and a cake, but they didn’t ask for any money after I banged them front and back in my hotel room.

I’m back home now and as I’m writing all of this, I really start to miss the Philippines! It’s a different world over there. If you’ve been to Thailand already – forget it, the Philippines are so much more exciting, and authentic. It’s like Thailand 10 or 15 years ago!

Anyway, I hope I could make it clear to you that there’s nothing strange about having sex with a ladyboy. You are not the only one. In fact, I think they are more passionate than most of the girls. Thanks to Redcat for inspiring me with your site, I’ll definitely be back.

Thank you for this Guest Post from Michael Schwarz.