What’s The Best Beer In The Philippines?

A memorable sunset on one of the countless white sand beaches, a dinner with your girlfriend or a wild night out in the bikini bars: It just makes it so much more enjoyable with a cool and tasty beer. But if it’s your first time in the Philippines you might not even know what to order.

It’s not always easy to find good beer in Asia. The local brands usually aren’t that tasty at all and so you’ll see a lot of foreigners just ordering Heineken, Carlsberg or the slightly more expensive Hoegaarden in the bars. It’s a little different here in the Philippines that are home to the famous San Miguel Brewery that controls 90% of the market and, more importantly, produces some of the best beer in Asia.

And not just that: Beer in the Philippines is so cheap it’s almost ridiculous. And that’s not just the case when buying it in the supermarkets (around 25 Pesos per bottle) but even in the bars and nightclubs where you’ll never be charged more than like 90 Pesos (unless it’s a kind of upscale KTV or Bikini Bar which mainly cater to the Asians anyway). Much more common are prices around 60-70 Pesos per 0.33l bottle though (happy hour as low as 50 Pesos). Compare that to Thailand where you’ll pay 120-140 Baht in most girly bars (unless it’s happy hour then rather around 80 Baht).

So here are the three best selling beers in the Philippines along with a description about what makes them so popular: 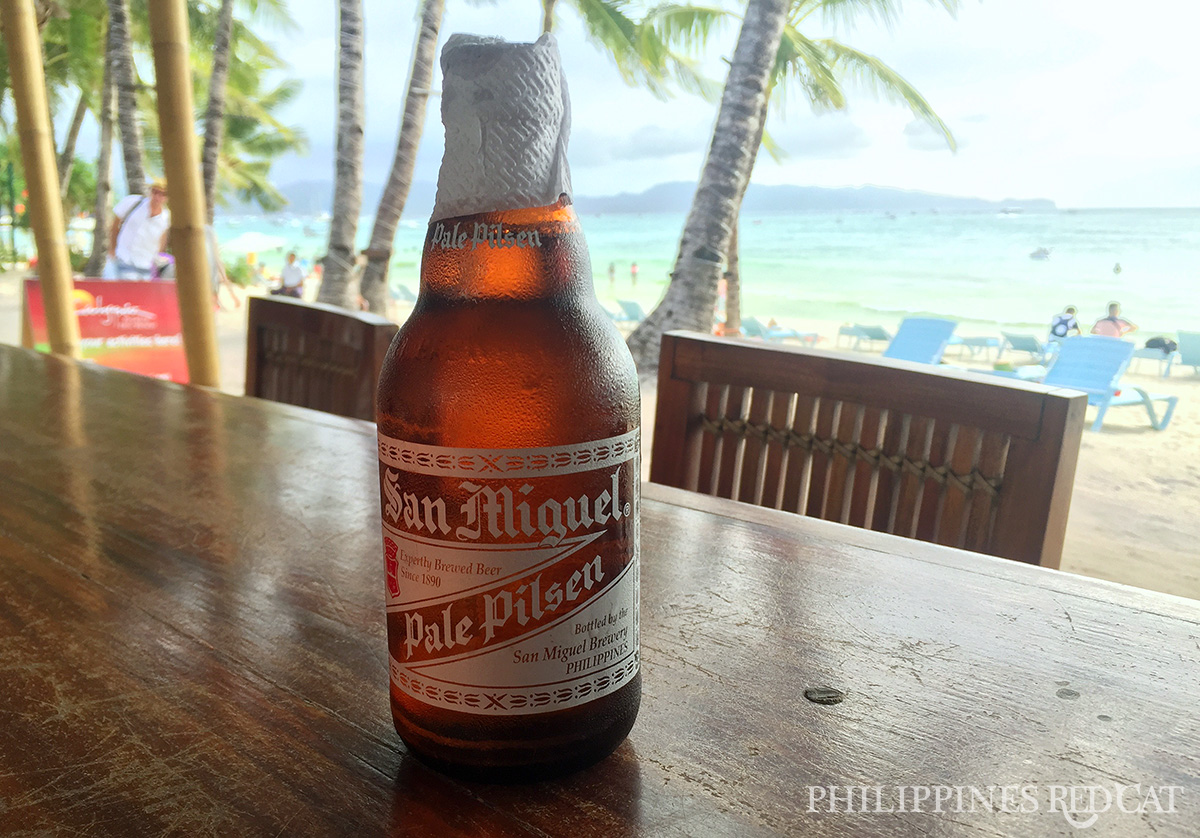 The flagship golden lager beer of San Miguel since 1890 in their traditional old school bottles (they recently introduced a new style with gold labels which I don’t like quite as much). You can clearly taste the flavors of bready malts along with a little bit of sweetness and it’s not really bitter. It is along with San Mig Light the absolute most popular beer anywhere and even started selling in Thailand a few years ago. No surprise really as it is one of the few beers in Asia to receive the highest Grand Gold Quality Award from the Monde Selection (Brussels Belgium). 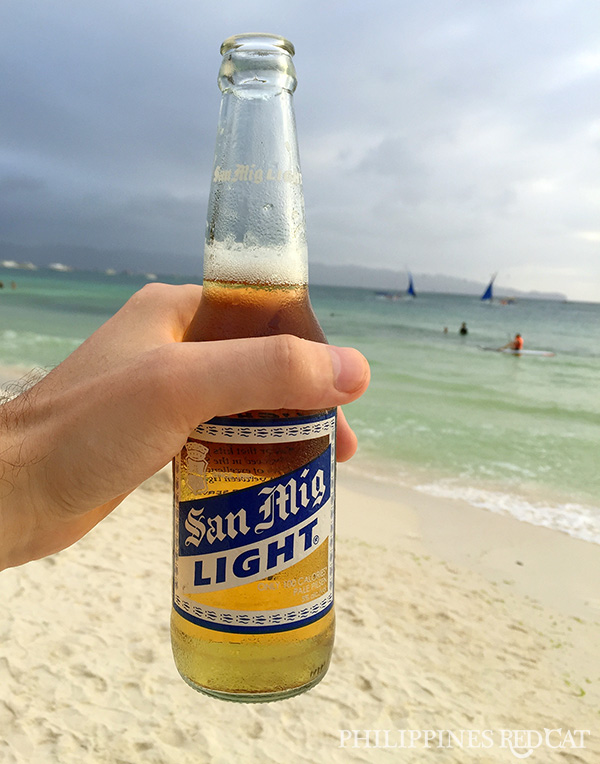 They originally introduced the San Mig Light for the ladies since the bottle looks more attractive to them and it also has less calories than the Pale Pilsen (105 instead of 130). But what then happened is it actually became hugely popular among the older tourists and expats who drink every day and think it helps stop their beer bellies grow in the same pace as before.

Anyway, it doesn’t really matter how old you are – the San Mig Light is probably the most refreshing beer in Asia and just perfect to enjoy while watching the sunset on the beach (or sexy Filipina bar ladies at 3 o’clock in the afternoon).

It seems to be on the checklist of a lot of tourists to try the famous Red Horse Beer. At 6.9% alcohol by volume it is the strongest commercial beer not just in the Philippines but in all of Asia (in comparison: Thailand’s Classic Chang Beer has an ABV of “only” 5.5%). There are different variations of the Red Horse, from small 0.33l bottles or cans to the infamous “Litro” bottles that are hugely popular for social gatherings among Filipinos. 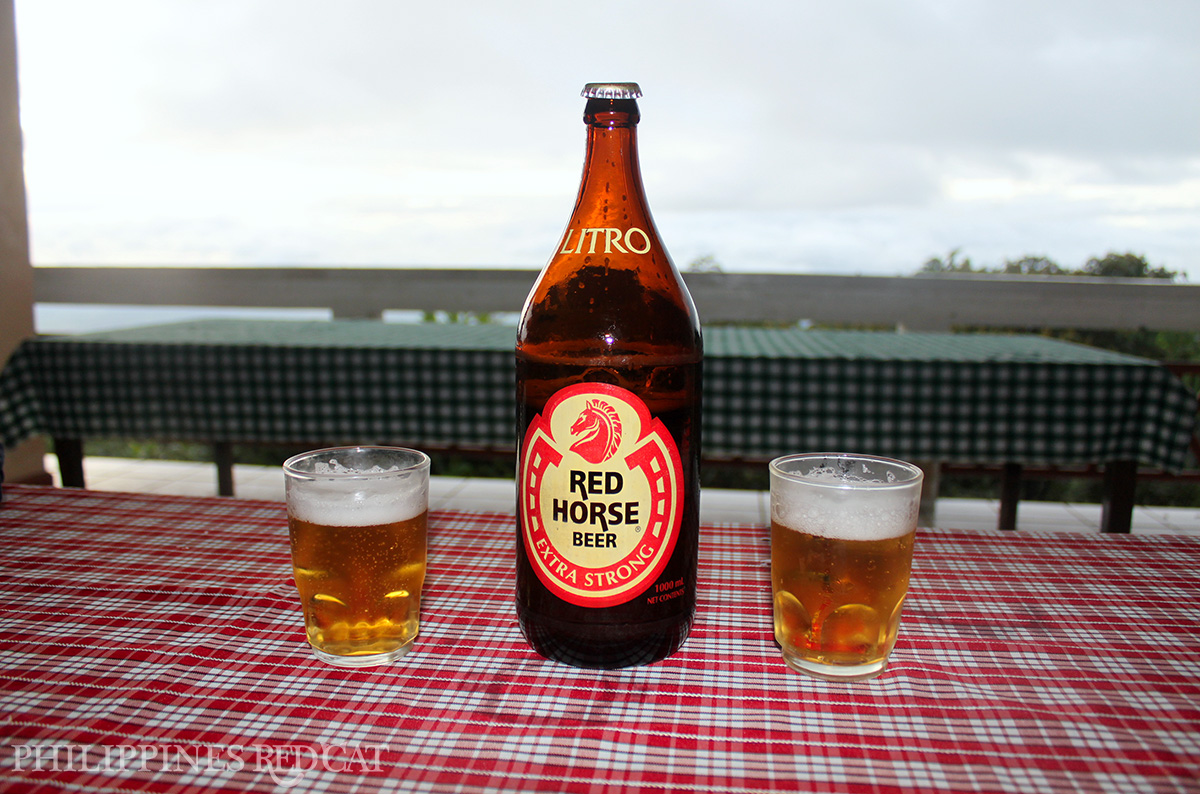 There’s also the so called Happy Horse myth which is more or less a marketing tactic being one beer out of every thousand or so with a smiling horse on the logo and a slightly stronger and sweeter content. 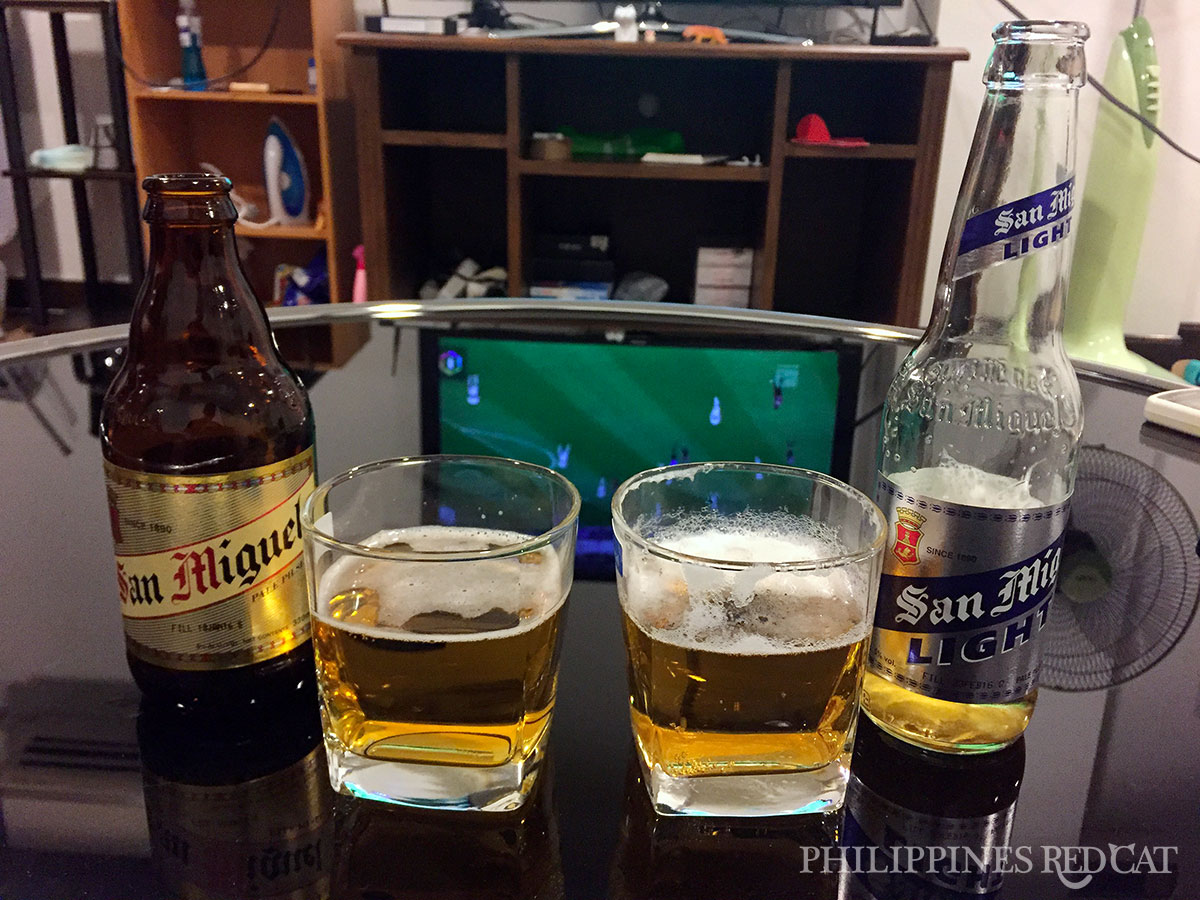 I would like to finish this post by paying tribute to the marketing expertise of San Miguel.

Look, if you pour the dark and rough appearing San Miguel Pale Pilsener and San Mig Light into two separate glasses – both beers look exactly the same! Okay, the taste is indeed a little different with the San Mig Light flowing down your throat smoother, especially when you are thirsty and out on the beach or in the bar for a few hours. And it also tends to produce more foam. Cheers!