There are more and more guys who want to try out sex with a Filipina ladyboy. That’s just the way it is and Angeles City might be the best place in the Philippines to do it. In my opinion Angeles has the most attractive and most feminine ladyboys of the whole country and I also find them not sketchy or pushy at all, especially if you compare them to the shemales down in Manila or Cebu that make me feel rather scared instead of attracted to them.

It’s all very different here in Angeles and you will soon notice how charming and “innocent” they appear. Sure, they are generally a lot more confident in their way of approaching and talking to you compared to most of the girls, however, you never really get the feeling that it’s “too much” and not safe to deal with them.

It has probably also to do with the fact that many of the ladyboys in Angeles are so hot and sexy that you immediately get a boner as soon as they are just one meter in front of you. Well, just look at my pictures in this post alone, or the video I took at the end of the guide: It’s almost impossible to not get attracted by those hot bodies and curves, combined with their unique charisma.

And then another reason why most “first-timers” decide to meet and sleep with a ladyboy in Angeles is because it’s very safe to do so. The whole place is a complete tourist town means you stay under the radar, you don’t rely on annoying taxi or tricycle drivers (you can just walk back to your hotel because everything is so close) and most importantly: The hotel staff in Angeles are great in dealing with guests of their customers, means they would either keep your guest’s ID card as a security or call you before they allow her to leave the hotel at the end of her visit.

And if that all wouldn’t already be enough, there are many different ways and places to meet ladyboys in the Angeles nightlife. You can find them either in the bars, night clubs and right on the street (freelancers), you can go to a ladyboy massage salon, or if you want to meet those who are not working then you can use the popular dating site.

Let’s go through them one by one and see what advantages and disadvantages each place has: The bad news is that there are no ladyboy-only go go bars in Angeles, and even the “normal” girly bars have a strict girls-only policy. It’s probably because they try to avoid confusions and misunderstandings among the customers, since most of the tourists have difficulties in telling the difference between a girl and ladyboy.

Still, it’s kind of surprising that there are no ladyboy bars in Angeles. There actually used to be one a few years ago called “You know you want it Bar” but it’s already closed. I will update this page once something changes in this category (I’m sure it does as the demand for ladyboys is steadily going up).

However, you can still meet some freelancers in the sports bars. The most popular place for them to go is Bretto’s Sports Bar on the eastern end of Walking Street (see the map below). It’s actually my favorite bar in all of Angeles, it’s half open air, has a great and relaxed atmosphere and several pool tables. You can go there on any night of the week and will find easily half a dozen of transgenders or even more than that. Phillies Sports Bar also has some ladyboys on some nights, but not nearly as many as Bretto’s. Angeles is world famous for its so called “hooker discos”. That means night clubs that are full of prostitutes who will “go with you” for little money. Unfortunately, most of the clubs in Angeles don’t allow ladyboys to enter and the only exception here is High Society on Walking Street that allow at least some of them to enter, while still keeping the majority out.

So it might be well worth it to take a look into High Society at around midnight, but you might not easily find any ladyboy at all (both because there are so few of them and because it’s difficult to spot them in the relatively dark surroundings) and you might even change your mind and pick one of the many, many girls instead.

Long story short: The night clubs aren’t really the best place to find ladyboys in Angeles at all, so I wouldn’t even bother about them and instead pick one of the other options described in this guide. You might be surprised, but the most attractive ladyboys in Angeles City can actually be found right on the streets. They like to walk up and down Walking Street, but then mostly gather in the area in front of the western entrance of Walking Street (opposite of Phillies Sports Bar). That’s where I took the picture above and you would probably agree with me when I say that they are looking even hotter than most of the girls freelancers on the streets.

It’s obviously not difficult to get in touch with them. Unlike with the girls it’s usually them to say hi first, and then they don’t bother doing much small talk other than “Where are you going” or “What’s your plan?” before coming right to the point and asking “Do you want to have sex in your room?” or “I give you a blow job and you can fuck me, okay?”. Seriously, that’s about what they are saying all the time – they are not shy at all compared to many girls who don’t even want to be regarded as hookers. 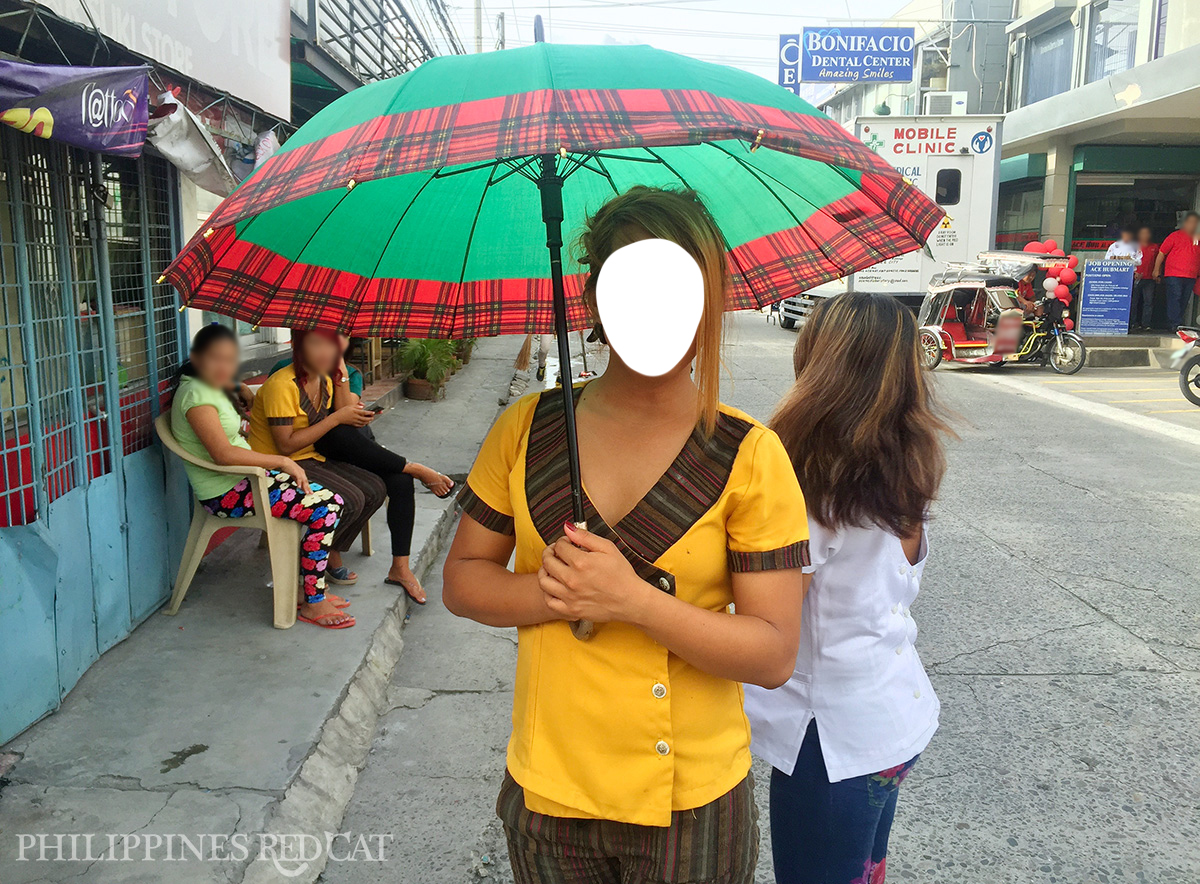 If you are still undecided on whether you want to do the “full program” then you might just try out a ladyboy massage with happy ending and see how it feels like to get jerked off from a ladyboy. She will surely do a great job with the massage itself (often even better and stronger than the young girls who say they “don’t have power, sir”) and then when it comes to the hand job, well, they obviously know what a guy wants. Filipina girls are often terrible in giving hand jobs and blow jobs and that’s just completely different with shemales who not only know how to do it properly but also enjoy to do it.

The best place for a ladyboy massage in Angeles is Teodoro Street which is a side alley off Fields Avenue. I have marked it with the yellow pin on the map at the end of the guide. There are more than a dozen different massage salons in this street alone. Forget about Walking Street, I’ve never even seen a ladyboy masseuse there.

Arrange Your Own Date 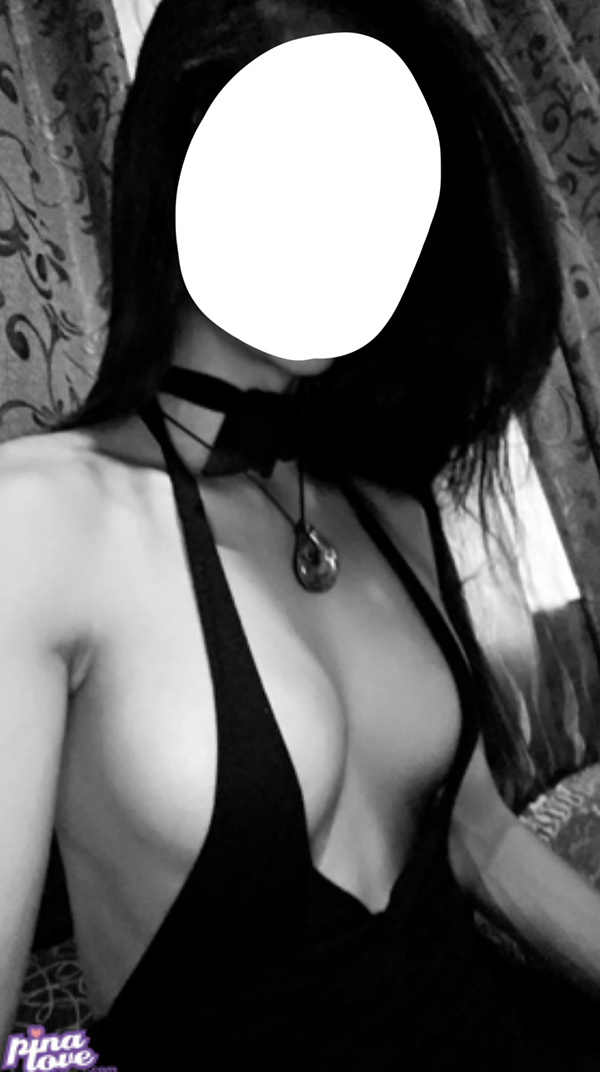 If you don’t like the idea of paying for sex then you can use the increasingly popular dating site called Pina Love. There are already thousands of ladyboys all over the Philippines on it, and you can guess that a large share of them is living in Angeles, because they know that a lot of foreigners come to visit here.

It doesn’t really matter when you are going online or where in the Philippines you are looking for ladyboys to meet – there are always countless of members online at any time of the day. Just create a nice basic profile with the most important things (a photo and short description of yourself) and you won’t have any difficulties to “get to know” someone.

Often it’s even them who contact you first, hoping you will reply and agree to meet them. Sure, there are also a lot of ladyboy hookers on this dating site, but they are usually cheaper than the ones in the bars and besides that you also find many “normal” transgenders with normal day jobs or even students.

Another reason why this dating site has become so popular is because you can arrange your dates from home, before you even start your trip. This way you can easily make appointments with two super attractive ladyboys and in case one of them doesn’t show up (remember that Pinays can be extremely flaky) then you still have another egg in the basket.

Whichever place you choose to meet ladyboys in Angeles – you will without doubt make unforgettable experiences. To sum it all up: The sports bars and night clubs can be fun to meet them, but it’s really unpredictable as they are all freelancers and you might end up seeing only a few average looking ones on a particular night.

The street freelancers are without doubt extremely hot and tempting and also the price is usually fair, but it might be a weird feeling for you just picking one up right on the street if you have never done that before. The massage salons are fun to visit, too, but they usually provide hand jobs only.

And if you are looking for a reliable and easy place to meet ladyboys who are not primarily out for your money then you will probably enjoy using the online dating site either at home while planning your trip or in your hotel room in Angeles if you can’t find anyone you like or are just too shy to bring one back to your hotel. Then you can just invite one on the dating site to “watch a movie” in your room and with a bit of luck she will knock on your door half an hour later.